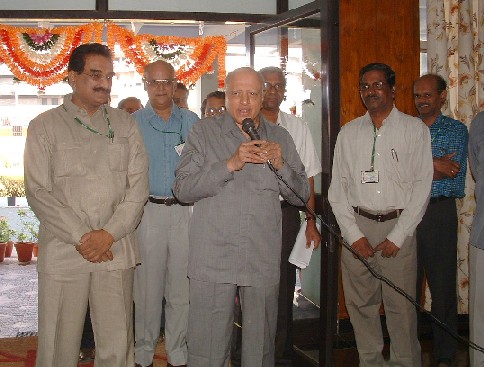 On the occasion of

the 59th Foundation day Celebrations of the Institute

Highlights of the address

Fish for all and ever 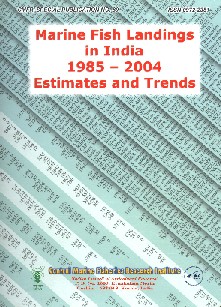 It is well known that an informed fishery management regime should have a reliable and objective information edifice  that is built on scientific principles of data collection system. It is a matter of pride that CMFRI, indeed, has such a system, recognized as one of the best of its kind in the world. The resource monitoring system that is in vogue since 1950s, is continually refined in consonance with the changing marine fisheries scenario. One of the products of the resource monitoring system is the estimates of resourcewise and gearwise landings of the exploited coastal marine fishery resources of the EEZ along with the fishing effort expended. This information is of vital importance for a meaningful resource assessment for evolving rational harvesting strategies. CMFRI has been disseminating this information from time to time through its various publications. The special publication that is being released today is unique by the way of not only providing estimates of landings in the twenty year period from 1985-2004 but also depicting the trends in the production of major exploited resources of different regions of the country. This special publication contains :

followed by resourcewise estimates of marine fish landing from 1985-2004 in India and the coastal states, namely, West Bengal, Orissa, Andhra Pradesh, Tamil Nadu, UT of Pondicherry, Kerala, Karnataka, Goa, Maharashtra and Gujarat. For each of the states, the annual resourcewise landings for the twenty year period from 19852004 together with landings in each quarter of the year (Calendar month based) are provided. At the end of publication, Suggested Reading material is given that contains references to sources of data earlier to 1985, besides publications that deal with the appraisal of status of marine fisheries in India.

MARINE FISH LANDINGS IN INDIA (Excluding IslandTerritories) DURING 2004 (IN TONNES)